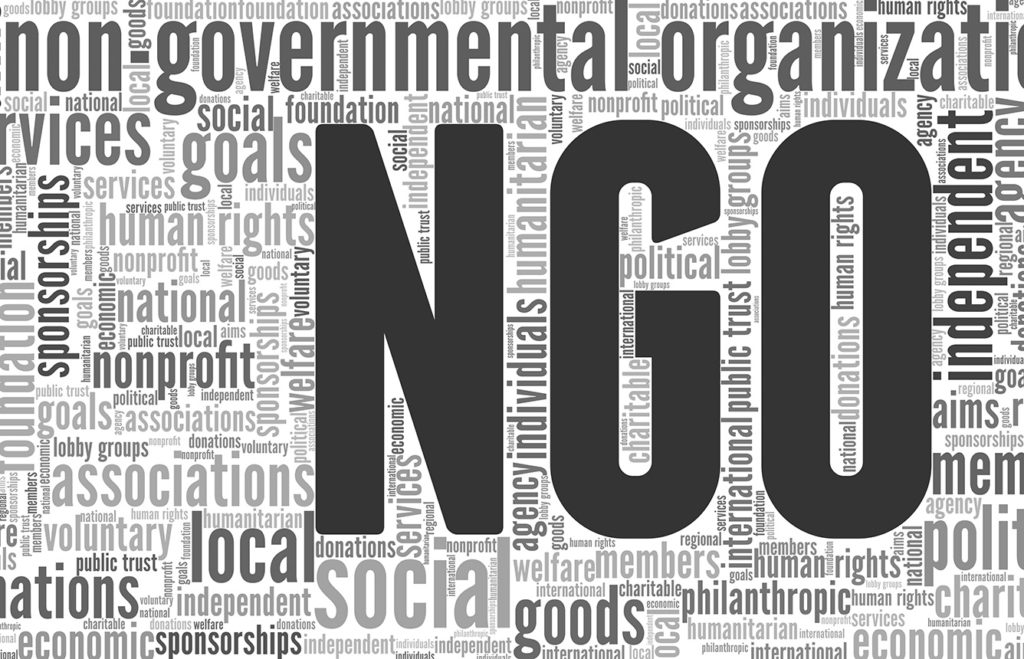 Virginia Haufler is a scholar whose research explores the governance of global corporations. She has engaged with business representatives and policymakers on a variety of corporate accountability issues as both a scholar and as a participant in policy discussions. She is a professor at the University of Maryland in the Department of Government and Politics, and was a visiting professor at UC Irvine, USC, Singapore National University, University College London, University of Melbourne, and Tianjian University. She has presented her work at numerous public-facing events, academic workshops, and conferences in the US and abroad. At the Carnegie Endowment for International Peace, a D.C. think tank, she directed the program on the role of business in international affairs, reaching out to representatives of business, government, and civil society on environmental, social and governance issues. In 2001 Carnegie published her book A Public Role for the Private Sector: Industry Self-Regulation in the Global Economy, drawing on information from interviews, workshops, and a conference with representatives of business, civil society, and government. The book introduced many of the ideas that would shape her later projects, including the one she reflects on here. Although she remains primarily rooted in the academic world, she sees her work outside the academy as a contribution to increasing the accountability of the private sector.

Building on her book, in 2001 Haufler published “Is there a Business Role in Conflict Management?” for the US Institute of Peace. The chapter examined the logic and justification for turning to the private sector to prevent or resolve civil war, especially in the long-running natural-resource related violence in Angola, Sierra Leone, and the DRC. Academic and policy audiences read this work in the context of a transnational campaign against so-called "blood diamonds." Haufler participated in policy meetings and briefings that included corporate executives, consultants, and private sector advisors. She used her knowledge of the issues, including the context in which current debates over the role of business in society had emerged, to advise the US government, think tanks, NGOs, and the UN.

Haufler’s engagement occurred as some in the policy community also became interested in the positive role business could play in governance. The UN Global Compact was launched by UN Secretary-General Kofi Annan (advised by another policy engaged scholar, John Ruggie) to create new expectations for business commitment to principles on the environment, human rights, and labor standards (anti-corruption was later added). The Global Compact launched a series of policy roundtables, the first of which was a "Policy Dialogue on the Role of Business in Zones of Conflict." Haufler was invited to participate in the Dialogue. The initial meetings included representatives from industry, particularly the diamond sector, along with activists and policymakers from governments and from the relevant UN agencies—UNEP, ILO, and the Human Rights Commission.

Concerns raised by this engagement:

From the start, many observers were critical of the UN Global Compact and suspicious of the idea of the UN partnering with business. A year earlier there had been an outcry against a high-level partnership between the UNDP and  IT firms including Cisco Systems. Civil society critics said that corporations would gain too much influence in the UN and promote approaches that favored privatization and commercialization. They worried that these were the wrong corporations—bad actors who would undermine UN legitimacy. Government critics claimed that the UN had no authority to partner with business as it’s authority is delegated from sovereign states. The UNGC had not been officially approved by member states and initially was administered out of the Secretary-General's office. The UNGC also brought together three UN entities—the UNEP, ILO, and Human Rights Commission—to partner in a way that had not been done before.

UNGC leaders sought to allay concerns in part by ensuring participation by individuals representing a wide array of business and civil society interests. In the Policy Dialogue addressing conflict issues, the UNGC brought together business representatives from different industries, including diamonds and oil. Civil society representatives included International Alert, Human Rights Watch, and local organizations from war-torn regions. Some of the civil society participants argued for an expansive view of business responsibility for conflict outcomes. Business representatives, not surprisingly, wanted a narrower understanding of the extent of their responsibility. The discussion addressed the sphere of influence of a company, different kinds of complicity in violence, and concerns about "blue-washing," i.e., that corporations could use their participation in the UN Global Compact as a tool of public relations without making any genuine changes in policy. For example, the participants debated the extent of complicity of a company that manufactures engines that are installed in powerboats, which are then used by violent criminals engaged in the drug trade. In another discussion, participants recognized that some of the extractive sector companies joining the discussion were there to repair a damaged reputation and wanted to be associated with a major UN initiative.

In order to be effective, Haufler needed to learn about  the position of different business leaders on the issues at stake. Doing this required that she obtain sufficient trust from them to speak relatively openly. Indeed, many business representatives view academics with deep suspicion (while doing interviews for her dissertation she learned that one person referred to her as a "commie"). But many of her peers in academia viewed this trust building  with equal suspicion, assuming that she would seek out consulting opportunities through these contacts. She also worried that engaging with business in these discussions might help insincere businesses polish their reputations while only making weak commitments.

In these Policy Dialogues, the authority of the UN itself and the nature of the participation provided some space for Haufler to engage in productive discussions. The business representatives were generally quite forthright about their position on the different issues raised. They were open to learning from the other participants but often disagreed with them. Civil society participants were divided in their level of trust in business participants. Some remained critical of business commitments throughout the process. For instance, one NGO representative constantly questioned how much business could be trusted. Others recognized the dilemmas companies faced when operating in a zone of conflict and balancing international norms versus local law. Both civil society participants and business representatives supported engaging within the context of a multi-stakeholder consultation. They viewed this as a way to enhance the legitimacy of the outcome of their discussions. Bringing the participants together for a series of meetings instead of just a one-off conference created a common set of understandings over time.

The meetings addressed a number of actions companies could take to mitigate violence, such as systematically assessing the societal impact of their operations. But the broader principles of transparency and multi-stakeholder processes were central to the Dialogue. They could help build trust and ensure genuine accountability of business. These ideas were designed to feed into other processes, most notably the negotiations that would lead to the Kimberley Process Certification Scheme for the trade in conflict diamonds. The information and approaches presented also connected with and supported other global multi-stakeholder initiatives such as the Voluntary Principles on Security and Human Rights and the Extractive Industries Transparency Initiative. Many of the same people—from government, business, and civil society—had overlapping roles in these different policy circles. Transparency initiatives and multistakeholder processes proliferated in succeeding years, addressing a wide array of issue areas.

Over the course of several years, Haufler contributed to successive meetings of the Policy Dialogue, acted as Rapporteur for a series of follow-up Expert Workshops, and produced the UNGC report (with Karen Ballentine, FAFO Institute) Enabling Economies of Peace. They provided a detailed menu of policy alternatives for both the private sector and governments when addressing the intersection of commerce and conflict. The report surveyed a wide array of proposals that had been discussed in meetings or proposed in the literature. The authors focused on how governments might facilitate responsible business in zones of conflict. Their aim was not so much to direct government action but rather to stimulate policy debate. Haufler viewed the attention to government action as offsetting what could be viewed as over-reliance on corporate action to solve political problems.

Over time, the number of participants in the Policy Dialogue increased, individual governments sponsored parallel expert meetings, and more businesses were persuaded to join the discussion. The UNGC supported continuation of elements of this area of work, including the Business for Peace platform for business leaders. The UNGC itself has been more fully institutionalized as an agency of the UN. While some civil society participants remained skeptical, others remained invested in the process. This may reflect increased trust created through the Policy Dialogue and its emphasis on transparency and multi-stakeholder consultation.

During this time, Haufler was aware that her recommendations about how business could contribute constructively to conflict prevention could be mis-used by insincere business leaders. There is a reason why many observers critique the idea of relying on the private sector to police its own behavior. Industry self-regulation has proliferated as a policy idea, along with discourse about corporate social responsibility. One way to fend off at least some of the criticism  and make it harder for business to evade their commitments is to embed business within institutionalized processes with accountability mechanisms. While imperfect, these efforts make it harder for each individual business to free ride or participate only as a public relations initiative. Haufler has worked with civil society organizations to consider how to design and implement external monitoring of business action.

Throughout her work with the UNGC, and in fact in all her work, Haufler was careful to distance herself from corporate money. She discussed the ethical issues raised with fellow academics at business schools who had thought about this themselves. Although some of her work with the UNGC was compensated by the UN, and other work over the years involved payment from NGOs and governments, she does not accept payment from companies for her work. It would be a conflict of interest and potentially taint her research.

This exercise in reflection highlighted for Haufler how much she had to figure out on her own. Like many others, she was never trained or guided in how to engage with business in her graduate program. She does not recall any deep discussion of these issues in her graduate courses. The goal of her education was scholarship and preparation to pursue a career in academia. Public engagement was not particularly valued, and engagement with the private sector was viewed with suspicion—and therefore not addressed in terms of the ethical challenges involved. My impression is that a lot has changed for the better in graduate education. I hope the ethical dimensions of public engagement are incorporated into graduate training.

Haufler, Virginia. 2001a. "Is There a Role for Business in Conflict Management?" In Turbulent Peace, edited by Chester Crocker, Fen Hampson and Pamela Aall. (Washington, DC: United States Institute of Peace)

Haufler, Virginia. 2001b. A Public Role for the Private Sector:  Industry Self-Regulation in the Global Economy. (Washington, DC: Carnegie Endowment for International Peace)