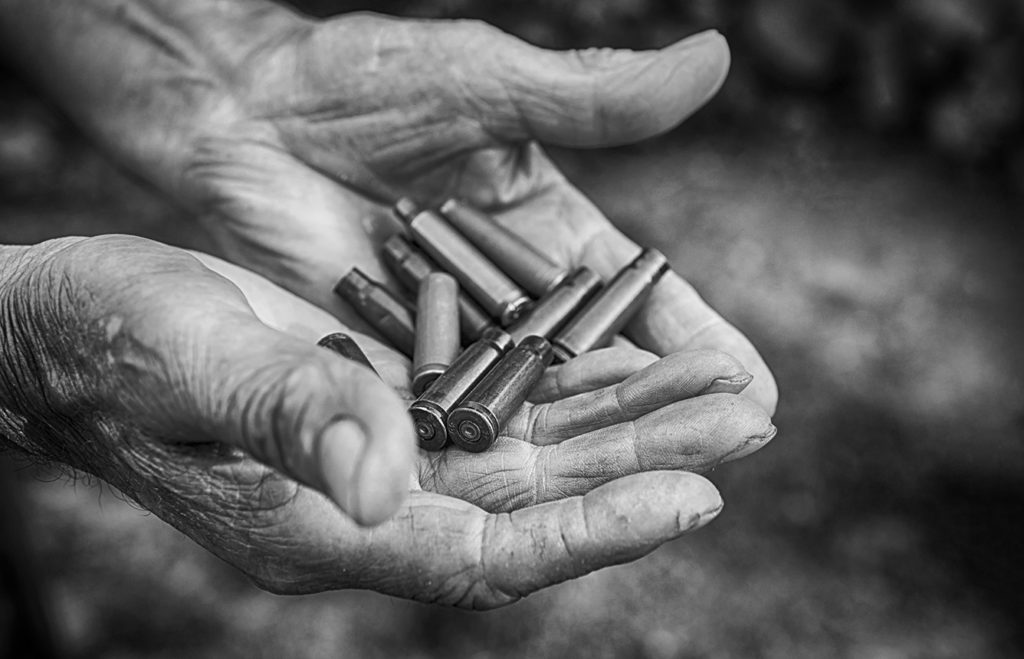 I teach international relations and legal studies at University of Massachusetts-Amherst and also direct Human Security Lab, a university research collective focused on science communication to support global human security policy. Human Security Lab’s stakeholder engagement model involves convening groups of scholarly experts to consolidate the scientific evidence applicable to a timely topic, simultaneously convening groups of policy stakeholders to discuss their perspectives on that topic, and then producing short policy briefs whereby academic knowledge informs practitioners’ most urgent questions. In addition, we have been open to consulting with specific stakeholders on specific projects. A recent experience attempting to do both simultaneously illuminates some tensions between these two types of engagement.

After publishing a briefing note on the situation in Afghanistan after the US withdrawal, the Lab was approached by a specific political actor to produce a similar report on a specific question applicable to a specific conflict-affected country in which they had an interest. Although the client initially wanted to hire the Lab, they ultimately hired a third-party consulting firm to negotiate and manage a subcontract with University of Massachusetts for Human Security Lab to conduct and produce the report. This multi-layered contracting relationship affected the nature of the engagement and the ethical dilemmas we encountered in aiming to produce a document to inform policy in a way that accurately reflected the views of those stakeholders we consulted and our own analytical judgments as scholars.

One ethical tight-rope we walked was balancing the desire to collaborate with / provide analytical support / to a powerful government on a matter of crucial human security importance, with the need to maintain institutional and analytical autonomy in our own wider academic-practitioner interactions on similar topics. An early question that arose both in the contracting process and throughout was whether the Lab were a) working as consultants to write an independent report published by Human Security Lab but funded by and produced at the behest of the client; b) working as partners to our client in producing a co-publishable report vetted and owned by us both and aimed at a wider foreign policy audience; c) working as contractors to write an internal report owned by the client and produced for them by Human Security Lab, with the client’s organizational movers and shakers as the key audience. Because the contracts were being worked out by the university and the consulting firm without direct involvement of either our Lab or the client, a great deal got lost in translation. Our goal was to produce a document tailored to the needs of our client, without compromising our separate ability to use the knowledge produced from the process in our wider stakeholder engagement projects with the foreign policy community. This was resolved by agreed-upon contract language that both allowed the client to ‘own’ the rights to the report itself as an internal document unless both we and they agreed to co-publish, but also secured the right of the Lab to use the information collected during the project in our own separate written outputs and research. This protected our institutional and intellectual autonomy even as we lent expertise to a specific policymaker’s goal.

A second issue involved managing expectations by practitioners / policymakers about what type of analysis could be reasonably and ethically produced under time and resource constraints with fidelity to academic and scientific standards. One implication of the fact that there were two middlemen between ourselves and the policymaker we were trying to engage – the consulting firm and the UMass grants office – is that it became somewhat unclear what we were being hired to do. Our concept note, built off of initial direct conversations with the policymaker, specified the work that fit our skillsets and the academic calendar. But the contract that came back included a set of expectations that were considerably broader and determined by the middleman consulting firm’s vision of what the client wanted and what was typical on such projects, and the scope and timeline proposed raised ethical issues and required intensive negotiation. For example, we had proposed a desk review and focus-group-style consultations with an international expert working group, but were asked to also conduct and draw inferences from key informant interviews inside a conflict-affected country, without the time to collect and analyze such data in a way that would have met human subject standards for data acquisition in a high-risk conflict zone. As scientists, this went well beyond what we could have pulled together competently or given our imprimatur on a few weeks’ notice. Our conversations with academic experts and our own knowledge of conflict dynamics also suggested an important point of feedback for our client was the need to expand its data collection on citizen public opinion in conflict-affected countries in order to better understand the operating environment. Throughout these conversations, we had to balance the desire to secure a contract and influence a powerful client to do good for vulnerable populations with the imperative to avoid over-reaching objectives or the pressure to reach premature conclusions in our outputs. Ultimately pushing back on these questions of quality control and feasibility became a key aspect of our engagement with our clients, albeit an informal one.

A third ethical tension involved maintaining a clear understanding of the principal-agent relationship in the context of a multi-sectoral project aimed at diverse and multi-layered audience. To what extent should we choose to remain arms length versus connected to / collaborating with the policy communities with which we were engaging. In a sense, our client’s choice to hire us through a middle man placed the client itself at greater arms length from us, but paradoxically also put us in closer collaboration with the middleman consulting firm on the analytical portions of the project than we had expected as an independent contractor. At the same time, the client and the consulting firm they hired to hire us were not our only two policy audiences. If the report was going to be eventually published (either by Human Security Lab or by our client, or together) then the wider audience for the project would be the wider practitioner community. As such, we found ourselves focused on producing a multi-vocal set of arguments and recommendations that would both accurately represent the practitioner and civil society voices we had consulted and among the academic researchers who channeled their insights to the practitioner community through the Lab. We were also keen to avoid taking stances or using language typical in some government reports that, as conflict researchers, we were aware could do more harm than good. For example, as conflict scholars we were well aware of how gendered arguments about human rights and security in violently divided societies could sometimes undermine human rights and promote conflict. This necessitated a series of sometimes difficult conversations with our interlocutors about the importance of framing certain problems in certain ways, or even whether we could talk about some issues at all.

Finally we struggled on this project to balance the policymakers’ need for a document that coincided with their political goals and self-conception of their mandate (and our own desire to maintain an ongoing relationship with our client) with the ethical imperative to be true to the evidence we gathered in our recommendations from experts and other stakeholders. In the case of this project, this ultimately included challenging our client to reconsider its self-conception of its mandate and / or its standard operating procedures in light of the evidence we examined. For example, our client wanted recommendations as to how it could help those affected by a conflict, and it was made clear to us what was on the menu of acceptable policy recommendations in this regard. But, they had also explicitly asked us to bring diverse voices into the conversation and many of those voices were telling us things our client’s bureaucrats did not really want to hear (or have us state publicly): in particular the need to support conflict-affected human rights defenders to flee rather than remain in the conflict zone (something the client saw as not in their lane). Ultimately, for our client’s benefit we drafted an internal report focused more on their own organizational priorities, but we emphasized these wider recommendations in our exit briefing at the end of the project.

The project proved fruitful in the sense that it provided the policymaker with a detailed set of transcripts / notes / slides they could use in better thinking through their own policy agenda, provided a range of implementing partners with an opportunity to think collaboratively about operational dilemmas, and offered a range of stakeholders the opportunity to feel heard at the highest levels in the US government. Our team learned valuable lessons about contracting and speaking to the organizational lenses of this particular client. And, we gained a thoughtful perspective on the need to balance consulting on specific projects for specific clients with the flexibility to provide our own candid analyses to the wider practitioner community around parallel problems.